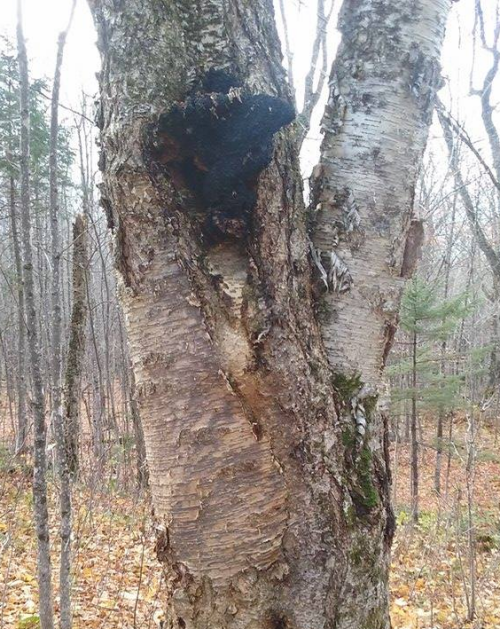 
Chaga mushrooms (Inonotus obliquus) grow on birch trees in northern climates. Chaga looks like burl growth on the tree as seen in the pictures above and below. Emerald Castle Farms sources its raw chaga from responsible wildcrafters in the northern United States to ensure the products we offer are 100% pure. Chaga must be broken down in order to be used. The outer portion of the chaga mushroom (Sclerotium) is rough and very hard. Once dry, the inside is quite hard also, necessitating considerable effort to process the raw mushroom into usable particles. 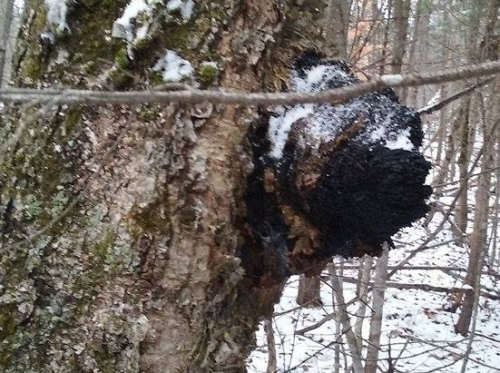 
The chaga we offer is 100% natural and includes the dark outter sclerotium to be sure you get all of the beneficial constituents this powerful medicinal mushroom has to offer. The raw chunks are dried, and then broken by hand into pieces which will fit into a crusher specially made for this purpose. After running through the crusher, the pieces are classified. The larger pieces are available as ‘Crushed’ chaga -about the size of a dime- and the remainder is processed into finer forms. 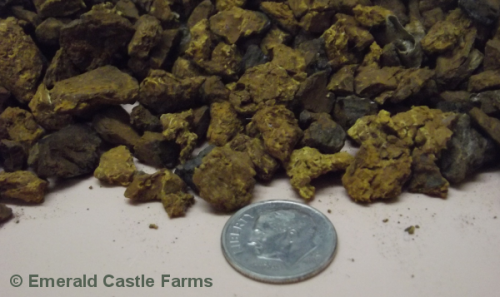 After a grinding process, the result is a clean, uniform 100% chaga product with particle size similar to medium coffee grounds. This is our ‘Standard Grind’ chaga. 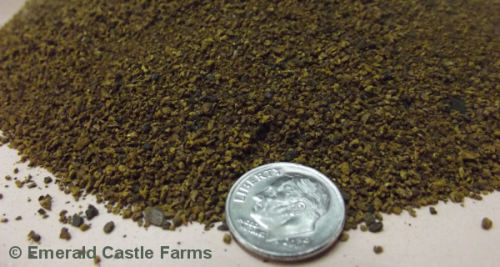 For those who want the most out of their chaga, or want the easiest product to use, the Standard Grind goes through a second grinding process where the particle size is reduced by roughly half. This is our ‘Premium Grind’ chaga and is a fine 100% chaga powder ideally suitable for making smaller amounts of tea.

The small particle size of the Premium Grind chaga will also lend itself to better extractions. It stands to reason that the smaller the particle size the easier it is to leach out all of the active medicinal compounds from the particles. 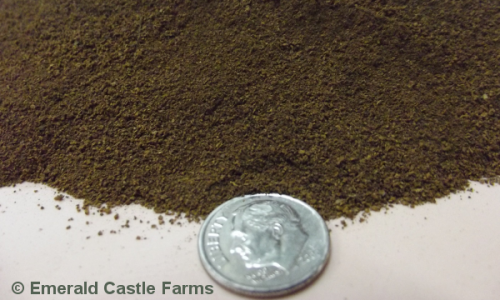 We use both alcohol and water to extract the most beneficial substances from the raw material. Hence, a double extract. We first extract over time (at least a month) in alcohol. We then normally do three water extractions on the material after we remove the alcohol extract. The water extracts are then reduced to a similar volume as the alcohol extract. The alcohol and water extracts are then combined to provide a robust extract product that consists of approximately 25% alcohol by volume. After combining, the raw extract is then allowed to rest to remove unwanted sediments. The finished extract is then packaged in new bottles, labeled, and sealed to be tamper proof. 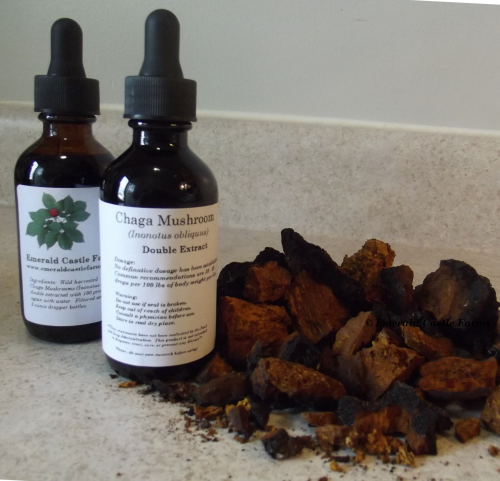 About Chaga and its Benefits

Chaga has been recognized since the 16th century in the Baltic region and Russia as a valuable treatment for many ailments 34, 40. Traditionally, chaga has been considered high in nutritional and medicinal value 42 and commonly used to treat cancers 5, 12, 17, 29, 34, 40, 41, 42. Arata et al. (2016) suggests that chaga “extract could be used as a natural remedy for cancer suppression…” Chaga has been noted in scientific research as having been used traditionally to treat ailments in the following non-inclusive list:


Recent studies have shown positive results in vitro and in animal studies. Below are the specific areas noted in the studies where chaga shows positive effects. Keep in mind, this list is based only on the studies mentioned on this page and are listed in alphabetical order:


Please keep in mind that I am not making any claims of any kind. These statements have not been evaluated by the Food & Drug Administration. These products are not intended to diagnose, treat, cure, or prevent any disease. I am only sharing my research with you -which is referenced here on the page.

Lemieszek et al. (2011) noted that chaga has been used for cleansing and disinfecting, and as treatment for stomach diseases, intestinal worms, liver and heart ailments, and for cancer. Chaga constituents are recognized scientifically as possessing diuretic (5) antibacterial, antiallergic, anti-inflammatory and antioxidant properties (10) among others. Najafzadeh, Reynolds, Baumgartner, Jerwood, & Anderson (2007) recognized and noted “chaga extract could be a possible valuable supplement to inhibit oxidative stress in general.” One of the surprising things to me is the protective and preventative action of chaga against various cancers noted in a fair number of the studies. In other words, in many of these studies, the chaga components being tested protected healthy cells, slowed the growth of bad cells, encouraged the immune system to recognize bad cells and even directly caused the death of the bad cells. What more could one ask for?

Among the research on chaga I’ve included on this page, there seems to be a common understanding of the medicinal and healing properties of chaga mushroom. By no means did I do exhaustive research on the literature. However, I have provided what I could go through in a day. Please read the comments I’ve included on each of the scientific studies I’ve used as references. For instance, the comments under the first reference Arata et al. (2016) reference the researchers observing a 60% tumor reduction and noting that chaga “extract could be used as a natural remedy for cancer suppression.” Or, Pan et al. (2013) who found chaga extract to act positively against herpes simplex virus.

An important note is that there is little chaga research done on human subjects. Most of the research represented on this page was done in vitro (in a Petri dish) or on animals. I am not making any claims of any kind. These statements have not been evaluated by the Food and Drug Administration. These products are not intended to diagnose, treat, cure, or prevent any diseases. I am only presenting scientific research and encouraging you to do your own homework and come to your own independent conclusions. I’ve tried to only make it easier for you. All of these articles can be looked up online. Start with pasting the title into Google Scholar. (scholar.google.com)

As with anything, moderation and caution should be considered. Because of the hypoglycemic (anti diabetic) properties of chaga, you would always consult a doctor before using chaga if you are taking medications to control diabetes or blood sugar. Likewise, chaga possesses an antiplatelet effect and might interact with anticoagulant drugs. Although I’ve been unable to obtain the full journal article at this point, Kikuchi et al. (2014) noted a case of a 72 year old woman with advanced liver cancer who was ingesting 4-5 teaspoons of chaga powder per day for six months. The women developed renal failure. It is unclear to me if the chaga ingestion was blamed or only possibly contributory to this condition. This is the only negative case involving chaga that I’ve found.

Here are a few websites with additional information:

Price-Pottenger Journal of Health and Healing


Some Scientific Studies and References


These statements have not been evaluated by the Food & Drug Administration. These products are not intended to diagnose, treat, cure, or prevent any disease.

Please...do your own research before using!


To order by mail, send a check or postal money order for the correct total amount (including sales tax for Ohio residents), made out to Castle Enterprises, to:

Don't forget to include your legible name and mailing address. From the Shopping Page, just add your items to the Paypal shopping cart, enter your zip code to calculate correct shipping, and print the page. This will provide a list of your items, the correct shipping charges (including sales tax if you are in Ohio), and an accurate total amount for which you should make out your check or postal money order. Just drop a copy of the shopping cart in the mail with your check or money order.